The continual destruction of the environment due to anthropogenic and natural factors has played a role in increasing global flood disaster, acting like a hindrance in meeting the target of global sustainability. Flood has been looked at as an overland flow of water into land which is naturally dry after filling-up of natural open and close water holding bodies. The impact caused by flood disaster has been recorded and include death of humans and animals, apart from the massive destruction of properties and infrastructures, thereby limiting human development. Looking at land and water as a scare and unrenewable natural resources, then it follows that effective management of land and water resources is one way a society can maximize it economic growth and development. Studying the flux of fluid especially water into the soil profile is a great approach in investigating a soil towards the tendency for flooding. Infiltration is the key to soil water conservation and management. The ability of the soil to act as a sponge in-other to cut-down the raising cases of loss of lives and property with associated impact due to flood disaster lies on its infiltration capacity. The study evaluated the strength of soils of University of Abuja Flood meadows to absorb hydrological shock as flood. Outcome of the study revealed that dry land of University of Abuja flood meadow is able to absorbed reasonable quantity of water as flood, with coefficient of variability value of (CV=12%) for the hydraulic conductivity of the site. While bulk density of the area was found to be (2.30 g cm-3) and Porosity of (8%). Conclusion of the study states that most of the sites investigated have a weak hydrological potential in regards to adsorbing and transporting of the water down the soil profile, hence the area should be put to vegetation cover to reduce the flooding impact, alongside an advance drainage system in the area. 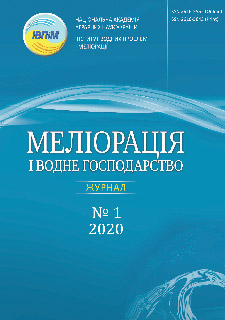