Relevance of research. The consequences of the intensive rise in air temperature can be clearly seen in the example of shallowing natural reservoirs in which, unlike ponds and reservoirs, there it is impossible to regulate runoff. This, in particular, applies to Syne Lake, located on the northwestern outskirts of Kyiv. Since the middle of the last century, the lake and the area around it have undergone significant anthropogenic pressure, which has had a negative impact on its ecological condition. The development of a comprehensive system of measures to improve the ecology of the lake requires a thorough study of the main factors in the formation of the hydrological regime of the reservoir and their discrete assessment.

Objective of research is to identify natural and man-made factors that have led to a significant decrease in the Syne Lake levels in recent years and to develop of measures to improve its ecological state.

Research results. The increase in evaporation from the water surface, the decrease in precipitation and inflow from the catchment caused a significant decrease in water levels in the lake and its morphological parameters. Since 2001, the area of ​​the water mirror has decreased from 3.4 ha to 2.6 ha, the water level has decreased by more than 1 m, and the shore horizon has shifted to the middle by more than 10 m. The decrease in the water content of the lake was due to changes in the components of its water balance, which was directly affected by factors, both natural and man-made.  As a result of road construction and intensive development of the area around the lake, the catchment area decreased from 758 ha to 21 ha, which caused a sharp decrease in surface runoff to the lake. A modern network of drainage and stormwater systems within the natural catchment area of ​​the lake provides drainage into the Dnieper River. The lake overgrowing and siltation by 1-1.5 m led to clogging of underground springs and, accordingly, to a decrease in pressure underground supply.

Other reasons for the lake shallowing are a decrease in precipitation and an increase in air temperature. Having a climatic standard 649 mm in Kyiv in 2019, only 521 mm fell, and in general for the last 5 years the annual rainfall has decreased by an average of 87 mm per year. The average air temperature compared to the climatic standard over the past 10 years has increased by 1.9 °C, and in the hot 2019 - by 2.9 °C, which led to a significant increase in evaporation. Compared to the climatic standard, evaporation from the surface of Kyiv reservoirs has increased over the last 10 years by 127 mm, and in 2019 it reached a record rate of 911 mm. Only due to the increased evaporation from the surface of the lake and reduced rainfall, the lake level in 2019 decreased by 30.4 cm.

The results of the performed research show that for the last 5 years the positive balance of moisture in the catchment is maintained. The total amount of precipitation is 161 mm higher than the evaporation for the same period, but it is 2.4 times less than the climatic standard. In low water years as it was 2015 and 2019, the difference between precipitation and evaporation from the catchment area was only 13 and 20 mm, while in the period of 1961-1990 it was 69 mm. This led to a decrease in groundwater levels and, consequently, a decrease in their inflow to the lake.

Conclusion. Intensive reduction of the water content of Syne Lake is due to a complex of natural and man-made factors, including the redistribution of runoff outside the catchment as a result of building in the area, siltation of underground feeding sources, reducing rainfall and increasing evaporation due to rising air temperatures. Reducing the intensity of lake shallowing is possible by increasing the inflow of water, by redirecting to the lake surface (after treatment) and drainage runoff from the natural catchment area of ​​the lake and beyond. Clearing and dredging the lake will increase its depth and improve groundwater inflow.

S. A. Shevchuk, Institute of Water Problems and Land Reclamation of NAAS, Kyiv

I. A. Shevchenko, Institute of Water Problems and Land Reclamation of NAAS, Kyiv 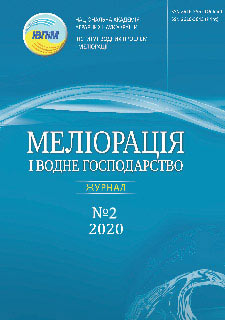