Relevance of research. At present, there is a need for a comprehensive study of both physical and chemical parameters of substances, which is the primary source of deteriorating treated water quality, as well as the relevant physical properties of the actual filter media to determine the mechanism of their interaction. Such a parameter of purified water as turbidity is closely related to the electrostatic properties of the colloids contained in water. For a more detailed experimental study of this interaction, an operating water treatment facility was chosen. A preliminary study of the conditions at the Communal Enterprise "Chernivtsivodokanal" in the city of Chernivtsi, Ukraine made it possible to identify the typical problems that need to be immediately addressed.  The study revealed that the main indicator that is critical for the purification of these waters is turbidity, and one of the main growing concerns to be addressed is the replacement of the filter media.

Research results. To select optimal filter media, a comprehensive study of the electrostatic parameters of all components in the water treatment process was carried out. Experimental studies of physical quantities that are key to this process were performed. The relationship between the turbidity parameters of the studied waters and the ζ-potential of the colloids contained in them was shown. Seasonal changes in the hydrochemical composition of the treated waters were studied. The connection between electrochemical parameters of clay particles and the processes of their sedimentation in aqueous suspension is given. The dependences of turbidity on time and the ratio of average turbidity values to the minimum and maximum ones at the water intake of the Dniester-Chernivtsi water supply system during 2005-2015 were reviewed and presented. The dynamics of changes in the parameters of turbidity and ζ-potential in the structures of the technological chain of water treatment during the periods of summer-autumn floods and low-water winter period was studied. The effect of the coagulant used at the studied water treatment facility on the electrostatic parameters of the purified colloidal particles, in particular, on changing the structure of the electric double layer of clay particles, which lead to the coagulation and reduction in the treated water turbidity, was analyzed. The optimal conditions of using polystyrene foam and zeolite filter media were determined. Ion exchange properties enabled the zeolite to efficiently remove fine colloidal particles with positively charged cores out of the purified aqueous suspension, which were not completely covered with a layer of potential-forming ions. However, they produced impact only in the short-term initial stage of filtering. Therefore, they cannot be recommended for using for long-term water treatment processes at water treatment facilities. This phenomenon is due to the limited ion exchange adsorption properties of zeolite. The effective filtration of colloidal particles through zeolite in the year-round mode of operation at the studied water treatment facility is mainly associated with the developed outer surface of its grains, which provides mechanical interception and retention of colloidal particles.

Conclusions. The connection between the turbidity parameters and colloids ζ-potential of the purified aqueous suspension for the conditions of water quality formation in the upper reaches of the Dniester River has been established. The determined values of the ζ-potential of colloids enabled to find out that the polystyrene foam filter media is more expedient to use during the flood periods, and the application of the zeolite media has a higher efficiency during the low-water periods. The ion exchange properties of zeolite can ensure a high level of water purification during floods; however it can be only efficient at the initial stage of filtration. Effective mechanical interception and retention of colloidal particles in the year-round regime is provided by the developed surface of its grains. The combined polystyrene foam and zeolite filter media is recommended to use to solve the problems of water treatment throughout the year.

Y. A. Onanko, Institute of Water Problems and Land Reclamation of NAAS, Kyiv 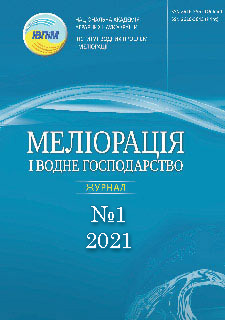